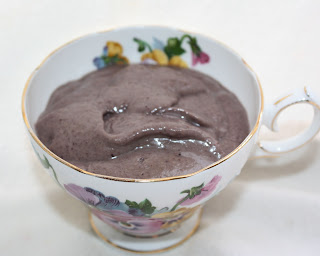 We're back from the barn dance at my aunt and uncle's house in the country. They always throw a great party, and the barn dance was no exception. It was a celebration of life: my uncle is battling cancer and we believe he is winning the fight, it was my aunt's 60th birthday, and also their granddaughter's (my cousin's daughter's) first birthday. Talk about reasons to celebrate! We spent the weekend lounging around in the great outdoors with our extended family members, and spent Saturday night jamming and dancing to the bands' music in the barn. My cousins play in several bands in the Twin Cities, and various band members showed up to jam, including my cousin Jamie's band Sick of Sarah and my cousin Chris' bands The Fattening Frogs and Four on the Floor. My uncle and his brothers also did a few numbers on the banjo. My son danced with grandma's cowboy hat on for over two hours; he was definitely entertainment for the rest of us!

Well, you know when you're out of town, it seems no matter how you try, you always end up eating foods you don't normally eat. And a lot of sugar. So when we got back in town, I knew I was going to want something super nutritious for breakfast. We happened to have one avocado left, and this breakfast pudding was calling my name. It's really creamy, filling, and nutritious. The idea of it came from one of my cookbook obsessions from last summer... Mariel's Kitchen.

When I discovered the cookbook, Mariel's Kitchen, I instantly fell in love with it-- and her-- all over again (I first fell in love with her in the movie Delirious when she starred opposite the comedic legend John Candy- classic!). Her health philosophy so closely resembles my own, I know that if we met someday, we'd be friends. Her recipes are very simple, and clean.. I almost feel detoxed from just looking at the gorgeous pictures.

I think I've made most recipes in that cookbook at least once, and have come up with my own variations of my favs. I make this pudding all the time.

Mix all ingredients in Vitamix or other high powered blender until smooth, adding more hot water if necessary to facilitate blending. Serve immediately or refrigerate for up to two days.